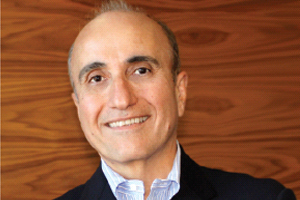 Bahman Hoveida, CEO
Power grids have become the most critical aspect of infrastructure for modern society.It is difficult to calculate the economic and societal cost of disruption to the energy supply chain that encompasses a complex set of processes and resources that requires being monitored, controlled and optimized.Materializing this requirement is Open Systems International, Inc. (OSI), by offeringan advanced set of software for electric utilities to securely and efficiently operate their production, transport and supply of electricity to customers. Traditionally, these systems have been technologically antiquated and very expensive to implement, operate and maintain.Alleviating this concern, OSI has successfully developedseveral modern software platforms for utilities that enable an IT-centric approach to implementing these controls and monitoring systems.The software from OSI can be used by any firm involved in management of networks belonging to various domains such as electricity, gas, water or transportation.

Since its inception in 1992, OSI has served clients in all verticals.These include major airports and transportation companies who are amongst the users of OSI software along with traditional electric utilities, to name a few.OSI’s products are used worldwide to manage renewable energy.OSI hosted services are used by a number of renewable companies and smaller utilities to manage their assets. Larger utilities tend to host and own the software at their own facilities due to stricter security and performance requirements.In addition, OSI software has been in use for managing large campuses such as universities or large institutions.Some of the companies forming a part of their remarkable client list are Pacific Gas & Electric, Portland General Electric, Constellation Power, Calpine, Los Angeles Department of Water & Power, Consumers Energy, First Energy and others.In addition, utilities from Chile, Mexico, Peru, Colombia, New Zealand, India, Vietnam, Australia and several other countries comprise their foreign client list.
“Many of our clients realize the benefits of OSI’sadvanced technology from the start. The lower cost of implementation and maintenance, along with lower platform costs are the immediate differentiators that OSI customers can realize,” points out Bahman Hoveida, OSI’s president and CEO.

The standout approach incorporated into OSI’s strategy is defined by better technology, customer support and reduced ownership cost.Currently, well recognized as the industry leader, the firm is poised to be the only dominant supplier of automation software to more than 80 percent of the market within five years.OSI products are exclusively made in the U.S. and the far-reaching network of international partners effectively deploys these products.

Going forward, OSI’s main strategies revolve around large investments in Big Data and Cloud, as they believe that private clouds operated by electric utilities are the future-defining trends.A single automation cloud in a utility company could manage all of its automation needs from generation, transmission, distribution to customer outage management and many others.