IT Leaders need Decryption Key to manage their Data on Cloud

IT Leaders need Decryption Key to manage their Data on Cloud 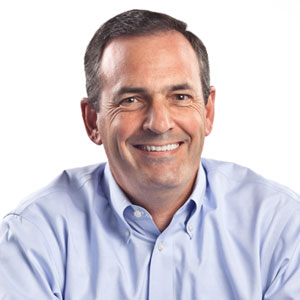 No one can deny the potentiality and eminence of the Cloud, as it has become one of the predominant trends of this current era. It is evolving at full tilt, with companies of all shape and sizes adapting to this  latest technology. It is believed by the experts that this trend will only continue to grow and develop  even further in the coming few years. Cloud has enabled organizations to cut down their IT expenses, increase their productivity, globalize their workforce at lower prices, Improve their accessibility, monitor their projects more effectively, provide less  personnel training, minimize licensing new software, and improve their overall flexibility. While cloud computing is undoubtedly beneficial for mid-size to large  companies, it is not without its downsides, especially for smaller businesses.

There are few challenges such as Susceptibility to outside attacks, and Security issues, associated with the Cloud, which are not yet, overcame by the solution providers and vendors. Since Cloud seizes the burden of managing IT infrastructure off from the IT team, which is a selling point of the Cloud, it also surrenders the company’s sensitive information to a third-party cloud service provider. On Cloud there is always a lurking possibility of stealth of important data. Pertaining to deliver file sharing solution, various Cloud vendors provide encryption of information on Cloud. Though it contributes in enabling   data protection, it still fails to give a complete control of information to the clients. At Nvidia, we are  working in conjunction with numerous file sharing and Cloud providers in an effort to create  technologies that will help IT leaders to manage the decryption keys and hence their data on the Cloud.

Nvidia over the past couple of years has made superlative technologies to allow the highest quality of games to run on Smart phones, which earlier was only available on X-box and PlayStaion. One such recent entrant is Tegra K1 processor that sets new mobile standards to support the latest PC-class gaming technologies, which will allow it to run sophisticated gaming engines like Epic Games' Unreal Engine 4. Tegra® K1 mobile processor is made from a 192-core super chip featuring the same NVIDIA® Kepler ™ architecture that powers the fastest PU on the planet, the NVIDIA GeForce® GTX™ 780 Ti.  Tegra processor can be found in Microsoft Surface 2 and Surface 2 LTE, ASUS Transformer Pad TF701,  and HP’s Slate 7 Extreme. Phones such as Xiaomi’s Mi3, LG G2 Mini, Blackphone and Wiko Wax also contain Tegra processor. It also empowers the information displays in a number of cars, including the 17-in. touch screen in the Tesla Motors Model S. (As told to Thomson Antony)

Unlocking the Value of Connected Cars

Comprehensible Distribution of Training and Information...

The Current Focus is On Comprehensive Solutions

Big Data Analytics and Its Impact on the Supply Chain

Carmax, the Automobile Business with IT at the Core

The CIO's role in rethinking the scope of EPM for...

Transformative Impact On The IT Landscape

Get Ready for an IT Renaissance: Brought to You by Big...

Technology to Leverage and Enable

Speed is the Name of the Game

Hybrid Work Has Forever Changed The Need For It In Ramboll

How T-Mobile brought an Un-carrier approach to tech hiring

Great Expectations: Balancing the diverse needs of a city in a...

"Discovery and Delivery" - An Approach to IT Workload Balance