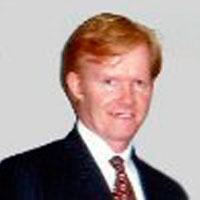 Whitney Anderson, Co-founder & CEO
The amount of fraudulent activity in the payment card industry has increased in a significant manner. While the credit cardcompanies make money both processing transactions andinvestigating fraud, retailers have to bear the losses of the stolen goods and all the associated bank fees and labor to mitigate ongoing risk. To add salt to the wound, the payment card companiesdo not tosharemuch information involving instances of fraud, making it exceedingly difficult for retailers to control the problem themselves.

Protecting retailers fromfraudulent activities by providing a powerful BI toolset is Fraud.net. Founded in 2013, Fraud.net is the leading online fraud data repositorydedicated to eliminating e-Commerce fraud. E-Commerce fraud is moving at a pace faster than e-Commerce itself, creating a trulyunsustainabletrajectory from the industry’s perspective. Also, whileretailersare left shouldering the losses for fraud, they are also deprived of tapping into theunderlying data and information that is required to combat fraud. This has really become a major pain point and a core disconnect in the payment market space. Addressingthis gap, Fraud.net has been effective in building a crowdsourced repository of data to which retailerscontribute, and from which they query and extract information, all in real time. This has come off as a big gain for some of the faster growing online retailers who experience fraud-related activities on a daily basis and who are understaffed, under-resourced or otherwise unable to handle it themselves. According to Whitney Anderson, Co-founder & CEO, Fraud.net, “This is largest crowdsourced effort to combat e-Commerce fraud today and it is the retailers’ own collective experiences and intelligence thatis fueling the progress our members have made intacklingtheir fraud”.
Collaborating with Retailers

When retailers use the rather simple programming interface to check transactional data against Fraud.net’s repository, they effectively arm themselveswith substantial data and technology in the escalating battle with fraudsters. Providing collective intelligenceand data related to online fraud, Fraud.net equips online retailers to take up thecollaborative effort to handle fraud issues all by themselves. Oneonline company, MotherNature.com,had been facing serious issues with frequent fraudulent attacks.The expense in attempting to prevent and resolve the issue was high. By collaborating with the hundreds of other retailer members and by contributingitsdata to the repository,itwas successful in reducing its fraud by about two-thirds. In doing so, it also prevented all the fraudsters who had been stealing from its site fromalso stealing from the other members’ stores.

Several of the top 50 online retailers have begun using Fraud.net’s fraud prevention solution. Through its low-risk, retailer-friendly approach, Fraud.net has been winning the hearts of its customers and freeing up their resources to focus more on more productive and more growth-oriented initiatives.

Averaging close to a 1,000%percent ROI for its customers, Fraud.net is looking forward to working with a greater number of the big players in the retail space over the next few years.In the words of Anderson , “The greater the participation, the better the data, and the deeper the insights that can be derived. With a few more large, visionary retailers participating, the goal of getting retailers backin control of their fraud will finally be realized”. This, in fact,has been the sole mission of Fraud.net - to foster extensive collaboration to materially reduce e-Commerce fraud in the global retail space.